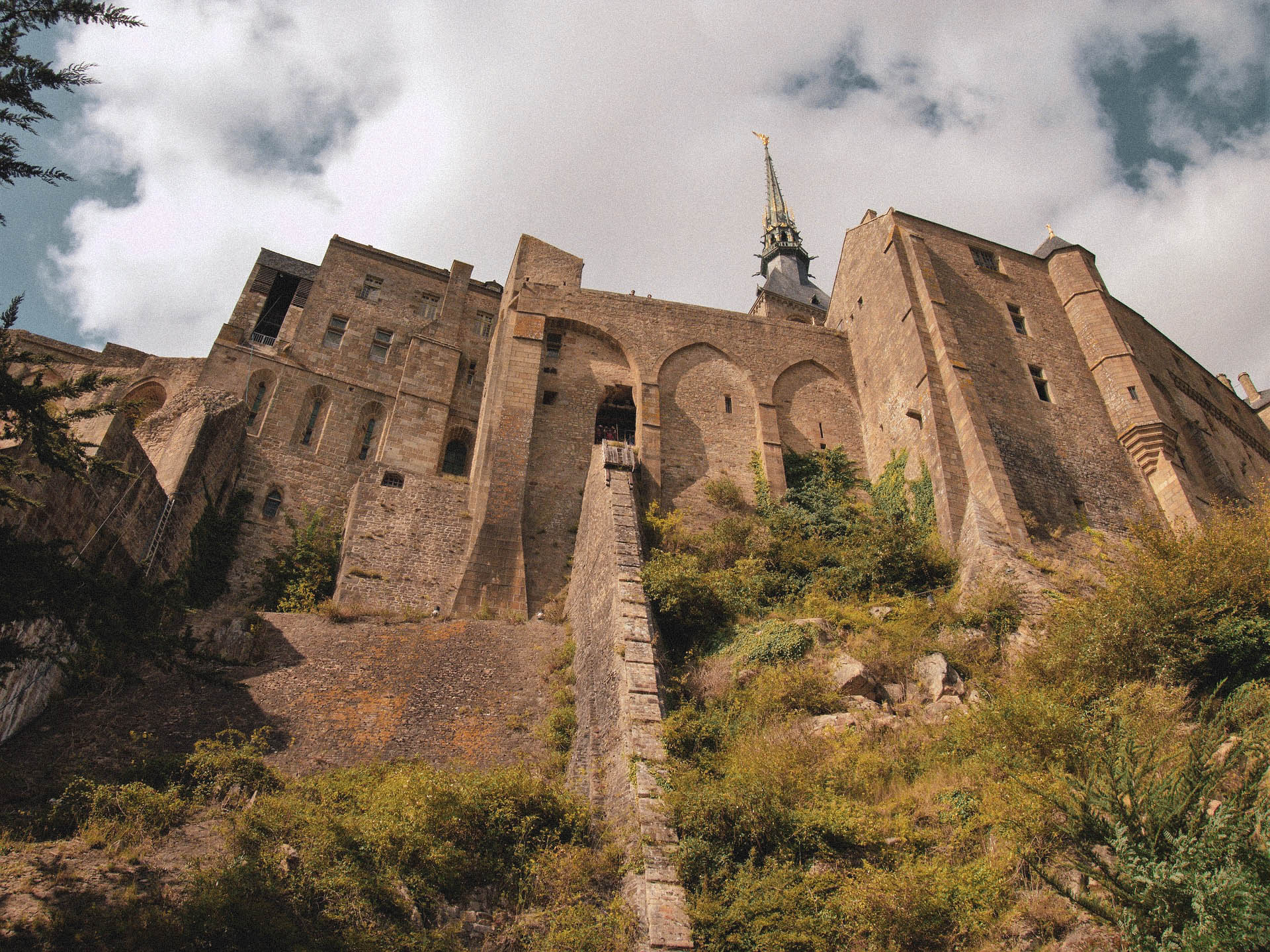 The commune’s position—on an island just a few hundred meters from land—made it accessible at low tide to the many pilgrims to its abbey, but defensible as an incoming tide stranded, drove off, or drowned would-be assailants. The island remained unconquered during the Hundred Years’ War; a small garrison fended off a full attack by the english in 1433. Louis XI recognised the reverse benefits of its natural defence and turned it into a prison. The abbey was used regularly as a prison during the Ancien Régime.

Mont Saint-Michel and its bay are on the UNESCO list of World Heritage Sites. It is visited by more than 3 million people each year. Over 60 buildings within the commune are protected in France as Monuments Historiques.